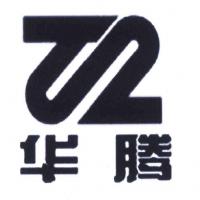 Henan Huateng Automobile Parts Co., Ltd. Is located in the core of Changyuan County industrial agglomeration area. It has convenient transportation and superior geographical position. It is a scientific research enterprise integrating R& D, development, manufacture and sale of shock absorbers and automobile parts. the company covers an area of 20,000_with a building area of 11,000_. At present, the company has more than 200 employees, 36 engineers and technicians, management personnel, 57 mechanical processing equipment, 70 welding equipment, 12 testing equipment, 68 subsidiary equipment, and an annual output of 3 million automotive shock absorbers.

As the first independent research and development automobile shock absorber manufacturers in China, Huateng Company also as the first batch of shock absorber manufacturers certified by TS16949 quality system, has paid attention to all aspects of management since its inception, especially the stability and durability of product structure. the products are in the leading level of the industry in various processes, with fatigue testing machine, dynamometer, salt spray testing machine, piston rod bending test machine, Wechsler hardness tester, high and low temperature test box and other testing equipment, to ensure the excellent quality of products. after years of development, the company has become one of the key manufacturers of shock absorbers in Henan Province, ranking in the leading position of the manufacturers of long plain shock absorbers.

Over the past few years, the company has obtained more than 30 new patents and three provincial-level scientific and technological achievements. In 2015, the company won the honorary title of county governor' s quality award, and has been awarded many honorary titles such as " keeping contract and respecting credit enterprise", " AAA-level enterprise of annual credit", " advanced unit of quality management".

The company has successively supplied Hafei Group, North Benz, Hubei Sanhuan, Dandong Huanghai, Shiyan Second Automobile and other manufacturers, and has been recognized by the main engine factory, and has become an excellent supplier of Beiben, Hafei and other manufacturers in succession. Affected by this, the company' s " Haosheng" brand shock absorbers for heavy vehicles are far ahead of sales in the domestic market. In 2012, in response to the domestic market demand for high-quality car shock absorbers, Huateng formally entered the car shock absorber market and set up a high-end technical team. The chief engineer was a former senior engineer of Xichuan shock absorber factory and drafter of China shock absorber industry standards. In three years, the company has set up 28 provincial distribution networks in the whole country. The products are of complete variety, excellent quality and reasonable positioning. It has become the first brand in the domestic automobile shock absorber aftermarket.

Huateng has the right to import and export trade. At present, the demand for auto parts made in China in Southeast Asia, Middle East, Africa and South America is increasing day by day. Taking this opportunity, Huateng has made rapid progress in foreign trade in recent years. At present, the company has developed more than 3000 foreign trade models, and its products are sold to Russia, the United States and South America. Turkey, India, Thailand, Egypt and more than 20 other countries.